What did you get?

Oprah has released a quiz which will give you its suggestion as to what you should read next. What did you get?

For me: I should be looking in to Big Machine, by Victor LaValle. Interesting, as I typically DO judge a book by its cover, and I don’t think I would ever have picked this up. And I’m still not really sure that this is something that would interest me. But Oprah knows best right?? 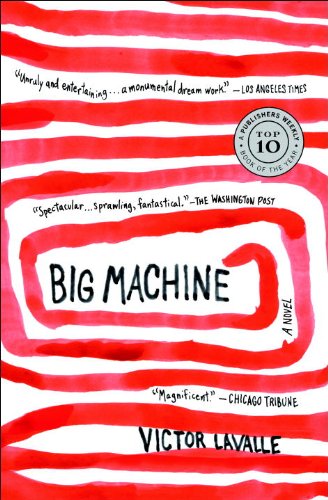 A fiendishly imaginative comic novel about doubt, faith, and the monsters we carry within us.Ricky Rice was as good as invisible: a middling hustler, recovering dope fiend, and traumatized suicide cult survivor running out the string of his life as a porter at a bus depot in Utica, New York. Until one day a letter appears, summoning him to the frozen woods of Vermont. There, Ricky is inducted into a band of paranormal investigators comprised of former addicts and petty criminals, all of whom had at some point in their wasted lives heard The Voice: a mysterious murmur on the wind, a disembodied shout, or a whisper in an empty room that may or may not be from God. Evoking the disorienting wonder of writers like Haruki Murakami and Kevin Brockmeier, but driven by Victor LaValle’s perfectly pitched comic sensibility Big Machine is a mind-rattling literary adventure about sex, race, and the eternal struggle between faith and doubt.From the Hardcover edition.